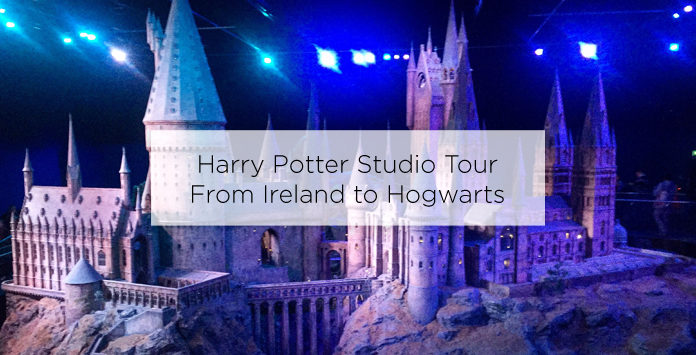 Harry Potter fan and thinking about travelling to the Harry Potter Studio Tour London from Ireland? Then hopefully this blog post will get you excited and help magic you over to Hogwarts with ease! We decided on taking a weekend trip over to get some much needed wand training and get up close and personal with all things Harry Potter.

Mainly if you’re a fully fledged fan, but also if you’re not. You really don’t have to be all that into the wizarding world of Harry Potter to enjoy this tour. Yes it makes you feel like you’re a part of the movie, yes you’ll learn things about the production you didn’t know, and yes the books and movies come to life right in front of your eyes. Plus, no harm in brushing up on your wand skills now is there? I won’t give everything away about the tour but I will post some images below so you can see what it’s like. From the Great Hall to 4 Pivet Drive, and Diagon Alley to the Ministry of Magic, you’ll even get to have some butterbeer!

Highly recommend this, it’s also a great present for your other half if they’re a fan even if you’re not! I’ve been to Universal Studios in Orlando and I thoroughly enjoyed this just as much if not more. I chose myself a wand (Fleur Delacour if you’re wondering) and himself of course got Harry Potter’s wand. There are so many to choose from! The shop at the end of the tour is pricey but it didn’t stop me purchasing everything. We came home with wands, mugs, gloves, and all the cool chocolate and sweets they serve on the Hogwarts train.

How to get to Harry Potter Studio Tour from Ireland

We flew with Ryanair from a Friday evening after work around 10pm and returned Sunday afternoon around 3pm. Approx cost for flights was €70 per person. We hired a car for the weekend so that we could travel freely from Luton airport to Watford where we were staying (20mins away) and then to travel to Leavesden the next day where Harry Potter studios was (10 – 15mins away). We found this made the best sense and a cost effective alternative than having to taxi and get public transport everywhere.

After a lot of google mapping I figured it made sense to stay in Watford because it was quite close to both Luton airport and Harry Potter Studio Tour. Plus it had a nice town with a huge shopping centre that we could have a venture to and a relaxing weekend.

The hotel we stayed in was the Holiday Inn Watford Junction, the one on Clarendon Road. Not to be mistaken with the Holiday Inn Express Watford Junction on Bridle path. They’re only a few mins away from each other but apparently people tend to turn up at the wrong one sometimes, us included! The Express is cheaper I think and lower rating, but as I stayed in the other I can only recommend that one. It was such a gorgeous and modern hotel, so sleek and clean. I also fell in love with the fact they had Starbucks on the room service menu which made my mornings even more delightful.

What to do in Watford

Our first night we arrived late because of our evening flight and headed straight to the hotel. We had room service, some drinks and chilled out for the evening. We decided not to head out that night because we wanted to be on top form for Harry Potter the next day! The next morning we ventured around Watford to the INTU Shopping Centre and then something to eat in Pizza Express.

We had booked Harry Potter Studio Tour in advance through the Warner Brother website for 6pm. We went with the Complete Studio Tour Package. This included a Paperback Souvenir Guide and a Digital Guide and it came to approx £100 for both of us. Worth, every, cent.

We went out that night for dinner and drinks in Watford, the food in Barracuda was delish! Totally just stumbled upon it and was pleasantly surprised because it was such a small family run place. Staff were very friendly too and happily accommodated us as walk ins.

So there you have it, how to get to Harry Potter Studio Tour London from Ireland. Nice little chilled out weekend across the water to a magical place in Leavesden which will make any Harry Potter fan extremely happy! Let me know if you have any questions that I’ve missed. Happy to help! Enjoy!! 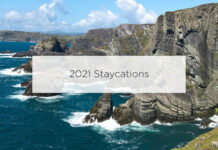 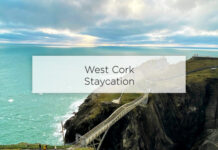